Residency for Tax Purposes: All You Need to Know

It is not uncommon for affluent individuals with a portfolio worth over $5 million to move to another state for tax purposes. However, successfully avoiding outsized taxes is getting harder by the year. For some people, relocating to another state is not an easy decision if their business, family, and friends are all settled in the current state. If they maintain residency in one state and buy one in a no-tax state, where do they actually reside in terms of state income taxes? Let’s help you understand how to determine residency for tax purposes. Moreover, we have covered all the important details for high net worth wealth management and tax planning in our exclusive book, 7 Secrets to High-Net-Worth Investment Management, Estate, Tax and Financial Planning. You can ask us to send a free copy of this book if you want to take your tax planning to another level. 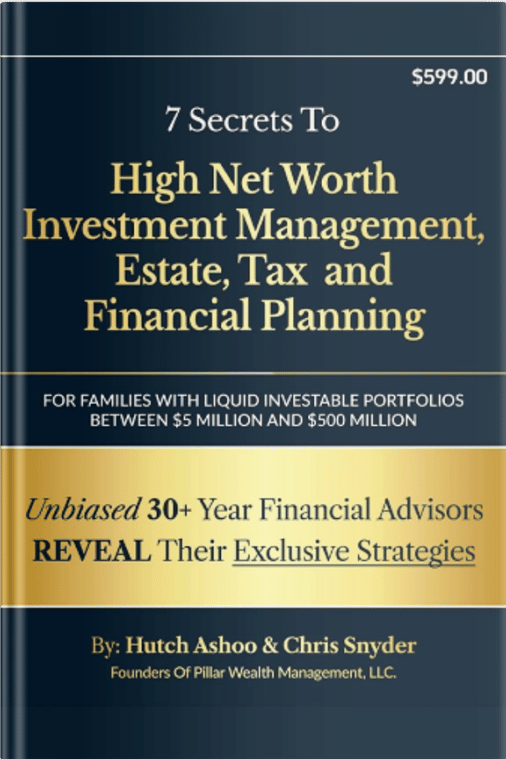 STRATEGIES FOR FAMILIES WORTH $5 MILLION TO $500 MILLION

The insights you’ll discover from our published book will help you integrate a variety of wealth management tools with financial planning, providing guidance for your future security alongside complex financial strategies, so your human and financial capital will both flourish.

Clients frequently share with us how the knowledge gained from this book helped provide them tremendous clarity, shattering industry-pitched ideologies, while offering insight and direction in making such important financial decisions.

Additionally, you can call our financial experts at Pillar Wealth Management to delve deeper into the topic. We have decades’ worth of experience creating tax reduction strategies for high net worth and ultra high net worth individuals. We understand how much money goes into taxes when you possess investable wealth worth $5 million to $500 million. Our experts will advise you on tax minimization and wealth preservation based on your current financial situation, requirements, and expectations.

Now, let’s talk about tax residency and discuss how it differs from regular second residency.

What Does it Mean to Be a Tax Resident?

In simple words, if you’re a tax resident in a state, it means that you’re legally required to pay taxes there. A second residence, on the other hand, gives you a legal permit to live in a state. While this can be temporary or permanent, it doesn’t mean you’re expected to pay taxes there as well.

If you decide to leave your current state and move to another state that charges little to no taxes, you can’t just tell your state that you aren’t a tax resident because you don’t live there anymore. The government would want to know where you’ve moved and how closely tied you are to the new state. Based on this, they will consider removing your tax resident status in the previous state.

Determining your tax residency status is important. It will tell you how much tax you’re supposed to pay. If you want to move to a new state to reduce your tax burden, you will have to become a tax resident in a state that taxes only a little or not at all.

Fortunately, you can achieve that in a number of ways. Several states in the US offer tax residence after you spend a particular period of time there. For some states, you have to meet a variety of specific requirements. Ideally, you should choose a state where you can easily maintain your desired lifestyle.

Let’s find out what makes you a tax resident in a state.

How Do You Determine the State of Residency for Tax Purposes?

One thing that usually creates a lot of confusion for people is their tax residency status. To become a tax resident, you must meet either of the following requirements.

You can get residency for tax purposes by residing permanently in the US as an immigrant. You will then be considered a lawful resident of the country. To gain this status, you must get an alien registration card, Form I-551, which is commonly called the green card, from the US Citizenship and Immigration Services.

This test aims to identify foreign individuals who have spent a considerable amount of time in the country as resident aliens.

The criterion of passing this test is as follows.

You must have lived in the country for at least:

• 31 days during the current year, along with

• 183days during three years (the current year is also counted), including:

• 1/3 of the days you have been present during the first year before the current year, and

Based on this calculation, if the total number of days equals or exceeds183 days, you will get the status of a tax resident. If it is 182 days or less, you will be considered a non-resident for tax.

Below are a few exceptions to the green card and substantial presence tests.

Sometimes, even after passing the substantial presence test, you are still considered a non-resident. These instances include:

Please note that you will be believed to have a closer connection with a foreign country if you or the IRS confirms that you have had more significant contacts in that country than the US.

65 countries of the world have tax treaties with the US. This means that the residents of these countries may be eligible for lower taxes or may even be exempted from US income tax on the money they earn in the US.

Click here to discuss this further with our experts now!

Are You a Resident for Tax Purposes?

Let’s discuss how states determine residency for tax purposes. But first, you must understand what domicile and statutory residency mean.

According to IRS, domicile means:

• If you leave that place at some point in time, you will definitely return

Clearly, this definition allows room for disputes. You may have a vacation home in a state and plan to use it indefinitely. When you leave it, you might not return for months, but what matters is that you will return.

As an example, let’s look at the statutory residency rules in New York.

New York uses a residency test to determine if you lived for more than 183 days in the state. So, if you have a property in the state, you will have to prove that you did not stay for more than the said period. You must keep a record of travel itineraries, receipts, and other stuff to show that you were not in the state for a certain number of days.

The NY domicile test looks for:

• Your home – they will see which state you have a larger and more valuable home in. They will also consider how much you use that property.

• An active business – they see if you have a business in the state, even if you are running it from another state.

• The amount of time you spend in NY and the other state.

• Personal items and other valuables –they will see if you have moved all your items to another state or if they are still in NY.

• Your family – whether they live in the new state as well or are still staying in NY.

Apart from this, they may look at:

If they reach the conclusion that you still live in New York, they will expect you to pay income taxes. If they discover that it is not your primary state of residence but you still have a business here, you will have to pay non-resident income tax.

It goes without saying that a change of residency for tax purposes is a big decision, especially for affluent individuals. Hence, it is best to reach out to a financial expert with an in-depth understanding of high net worth tax planning. Schedule an appointment with our team to discover why Pillar Wealth Management may be the right choice for you.

When we have you back, you can expect to enjoy some incredible tax minimization benefits.

The primary goal of tax reduction for high net worth and ultra high net worth individuals is wealth preservation. If you own more than $5 million in liquid assets, you would expect to enjoy your retirement in peace.

You should also align your tax planning strategies with your risk tolerance. By taking unnecessary risks, you will only compromise your long-term financial security.We have revealed all the critical shifts you need to make toenhance the performance of your portfolio in this guide.

Also, our exclusive book called The Art of Protecting Ultra-High-Net-Worth Portfolios and Estates – Strategies for Families Worth $25 million to $500 milliongoes over a variety of ways to ensure you enjoy your desired lifestyle in the golden years. We’ll be happy to give you a hardcover of the book for free!

Relocating to another state for tax minimization is a smart move. However, you must keep in mind that if you continue to earn money in a state that taxes income, you will have no choice but to pay it. This is why most affluent clients prefer moving to a no-tax state. Even if you do pay taxes, you will at least have the peace of mind that you are not being taxed twice.

That being said, you should consider working with a financial expert who is knowledgeable, credible, and trustworthy. Request a free copy of our book, 7 Secrets to High-Net-Worth Investment Management, Estate, Tax and Financial Planning to gain access to tips on choosing the right professional for tax planning.

Our team of financial specialists at Pillar Wealth Management has all the tools and resources required to help you make well-informed decisions. We have been working with affluent individuals who possess $5 million to $500 million in liquid assets for years. You can trust for expert advice and guidance on tax minimization strategies.

We will ensure a smooth transition into the new state by working with you to develop an investment plan that reduces taxes, incorporates your assets, and helps you navigate tricky income tax laws. As a result, your income will be maximized.

To better understand the impact of change of residency for tax purposes,get in touch with us.

To be 100% transparent, we published this page to help filter through the mass influx of prospects, who come to us through our website and referrals, to gain only a handful of the right types of new clients who wish to engage us.

We enjoy working with high net worth and ultra-high net worth investors and families who want what we call financial serenity – the feeling that comes when you know your finances and the lifestyle you desire have been secured for life, and that you don’t have to do any of the work to manage and maintain it because you hired a trusted advisor to take care of everything.

You see, our goal is to only accept 17 new clients this year. Clients who have from $5 million to $500 million in liquid investable assets to entrust us with on a 100% fee basis. No commissions and no products for sale.